Today is a lot like Christmas Eve for me. Actually, it’s like the last Christmas Eve I’m going to experience in the house I grew up in before a big move.

The final Detroit Grand Prix on Belle Isle begins tomorrow before the event reappears at a new downtown street circuit a year from now.

I experienced a sense of wonder on the last day of August 2007 — the first day of the returning Detroit Grand Prix and my first time seeing open-wheel and sports car racing. That feeling led to the development of essentially every professional skill I hold a decade and a half later.

I was well aware of my desire to be as close to the action as possible, but I didn’t know it would lead to… 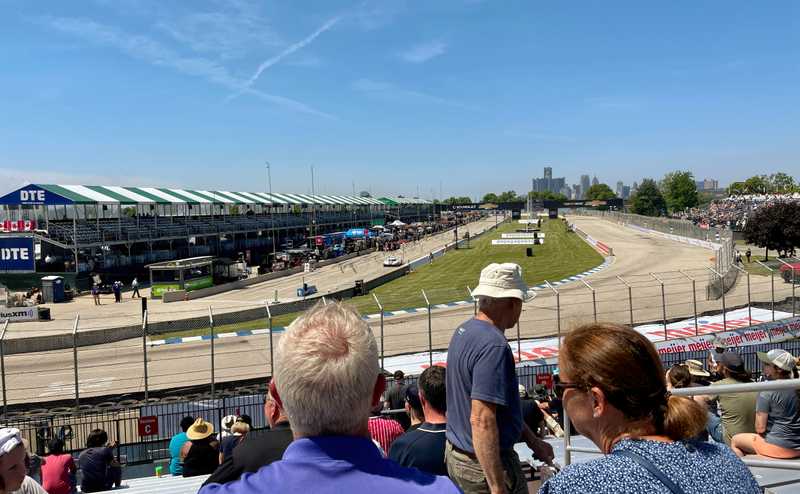 Every year, I hope that some young person visits the Grand Prix and is impassioned just as I was. If just one person experiences awe on the island over the three days ahead, it’s worth it.

My motorsports writing may not have directly led to a career, but indirectly it will. I’m so excited about what’s on the horizon for me professionally, but I’m also looking forward to taking a few days to reflect on what race cars coming to Belle Isle has meant to me.

For obvious reasons, I’m a sucker for temporary street circuits like the Raceway at Belle Isle Park. If the alternative is the start of a new tradition on the streets of Downtown Detroit… I’m ready for that too. But not before this weekend.